A summary of the performance of the closed 2017 Baker's Dozen Model Portfolios is shown below; below the summary are the actual portfolios.

The performance of the model portfolios is presented with total returns. Gains and losses shown are for a hypothetical model portfolio and do not take into account any fees that would apply to actual transactions. Scroll down to see the actual portfolios and additional disclaimers. 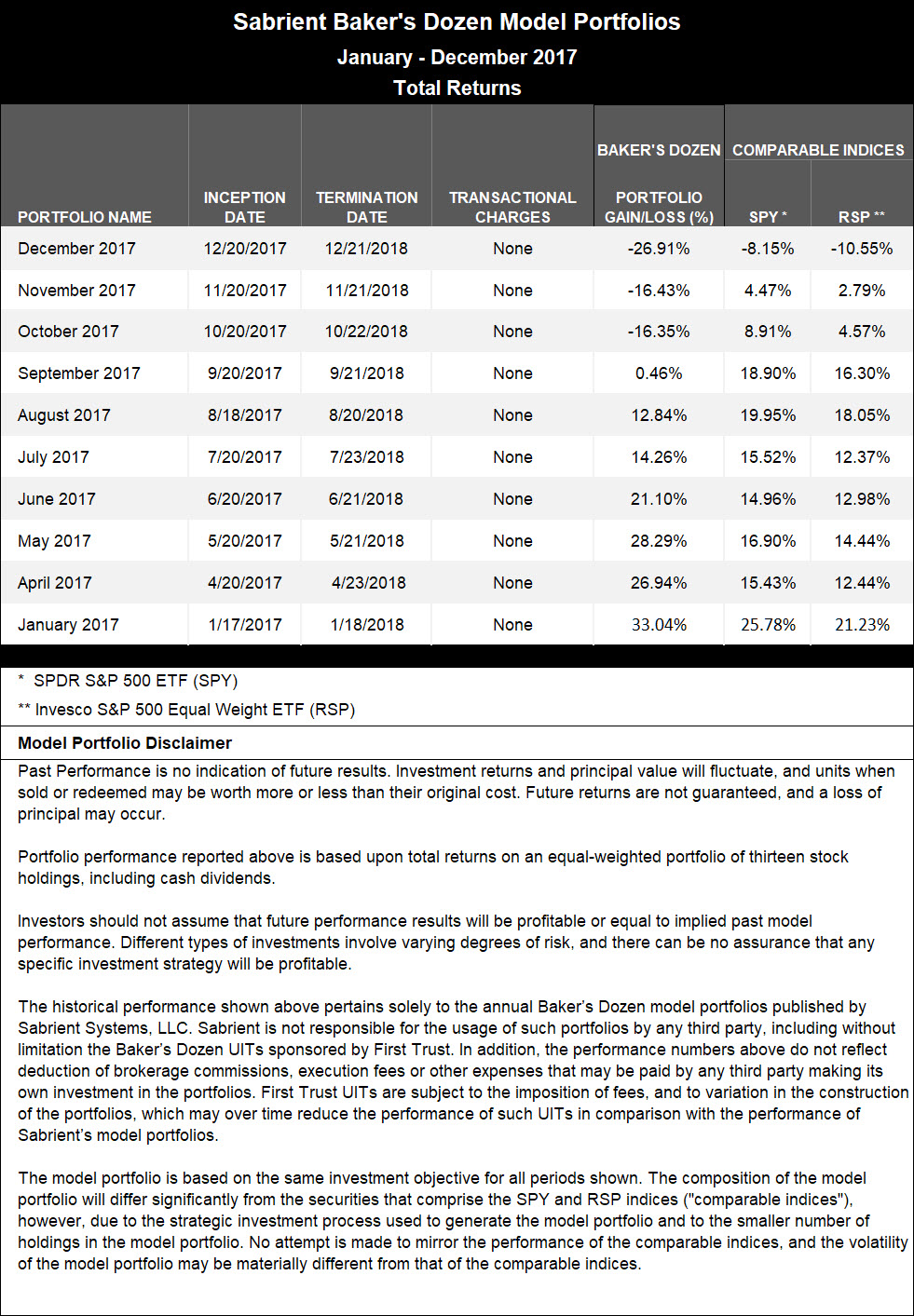 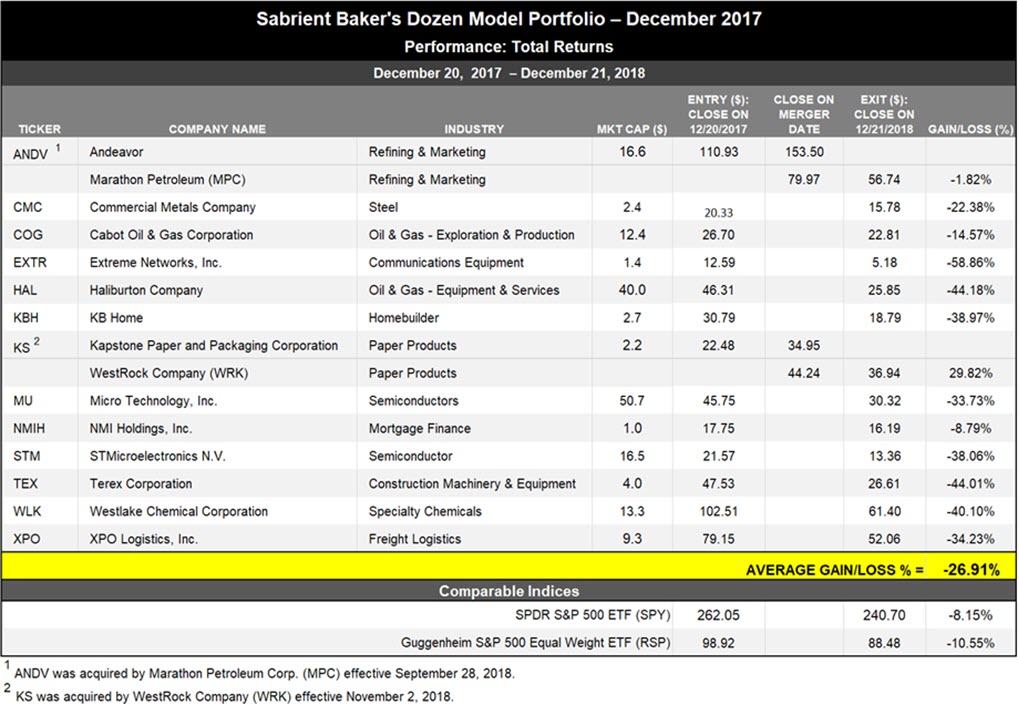 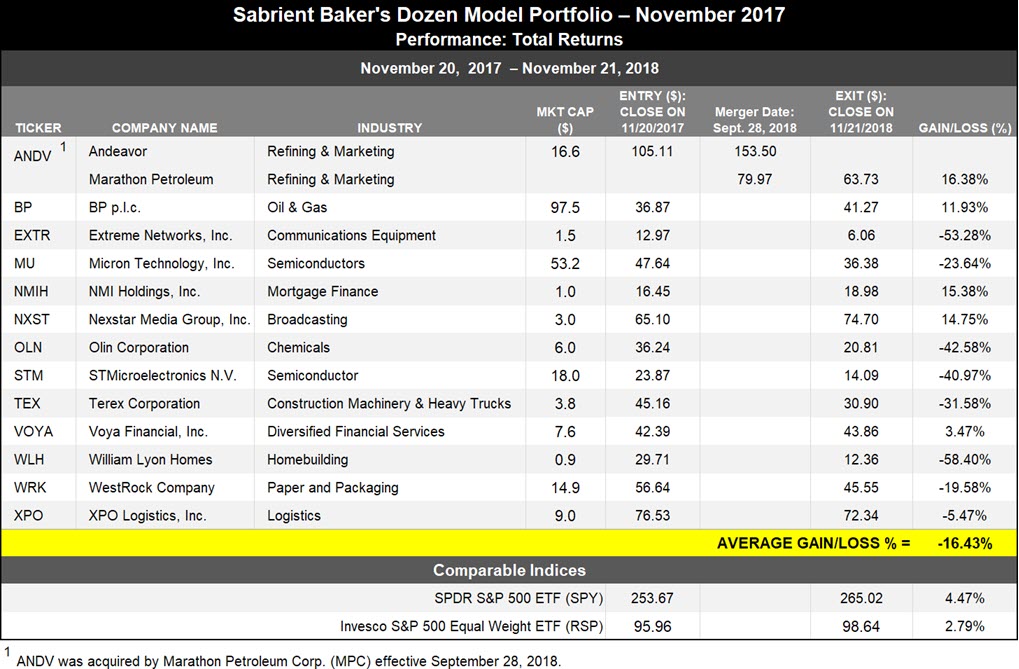 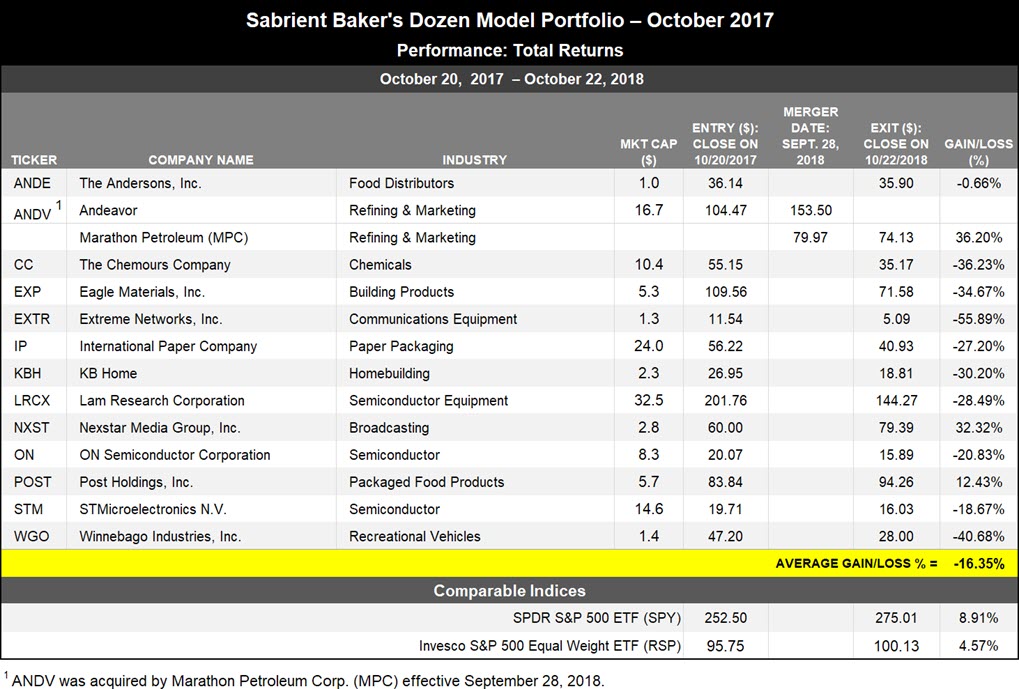 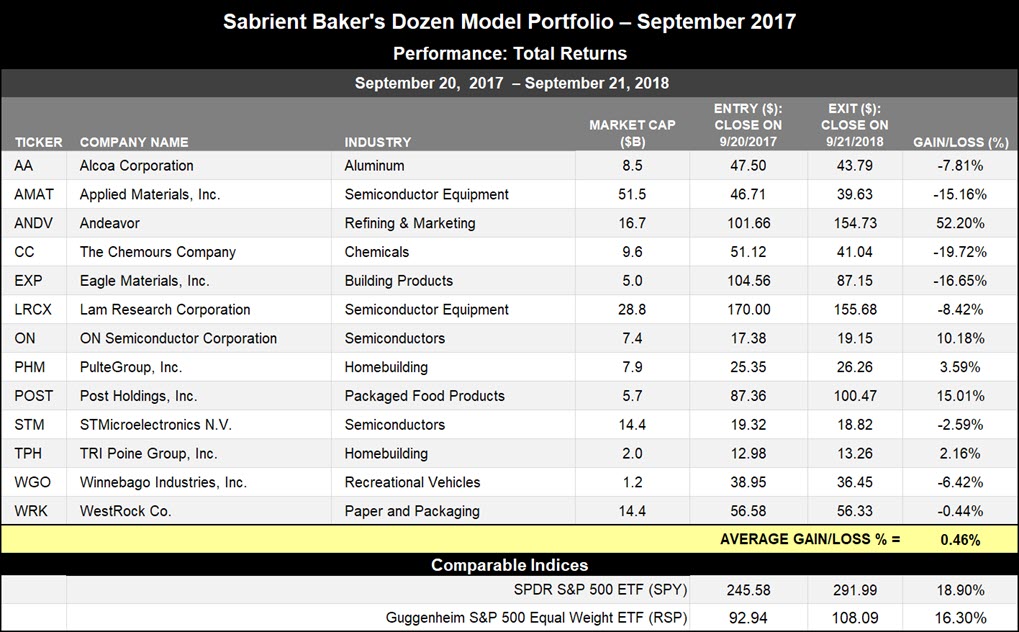 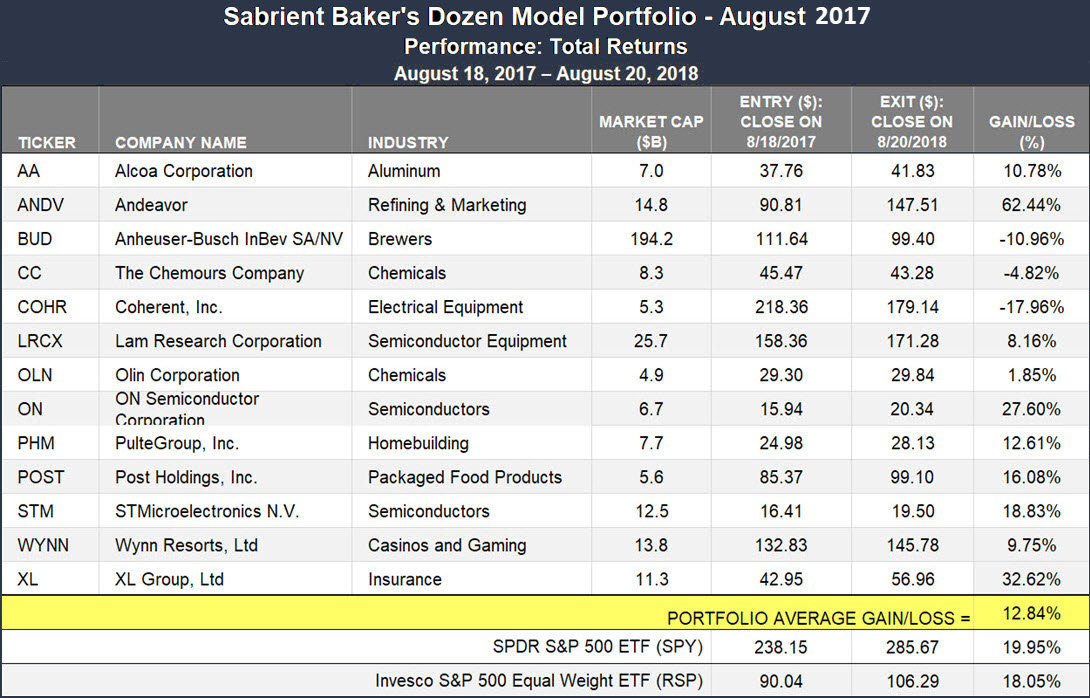 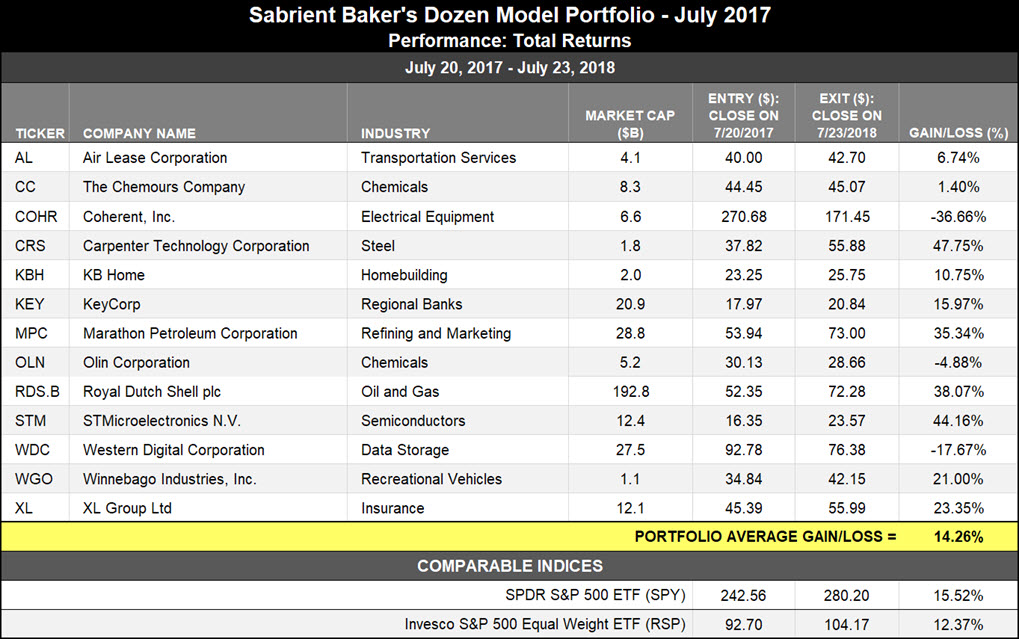 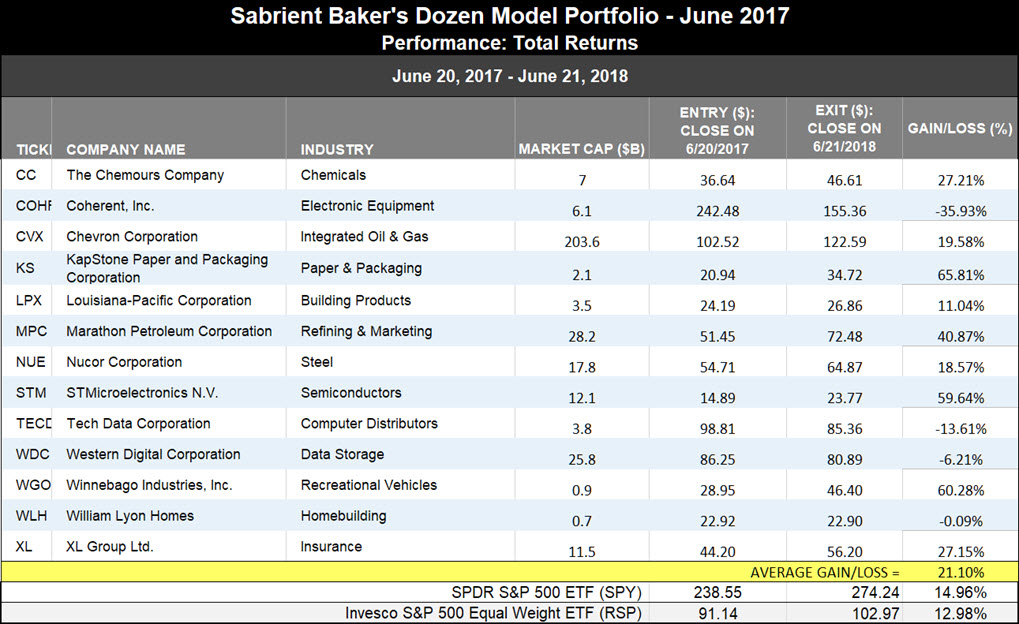 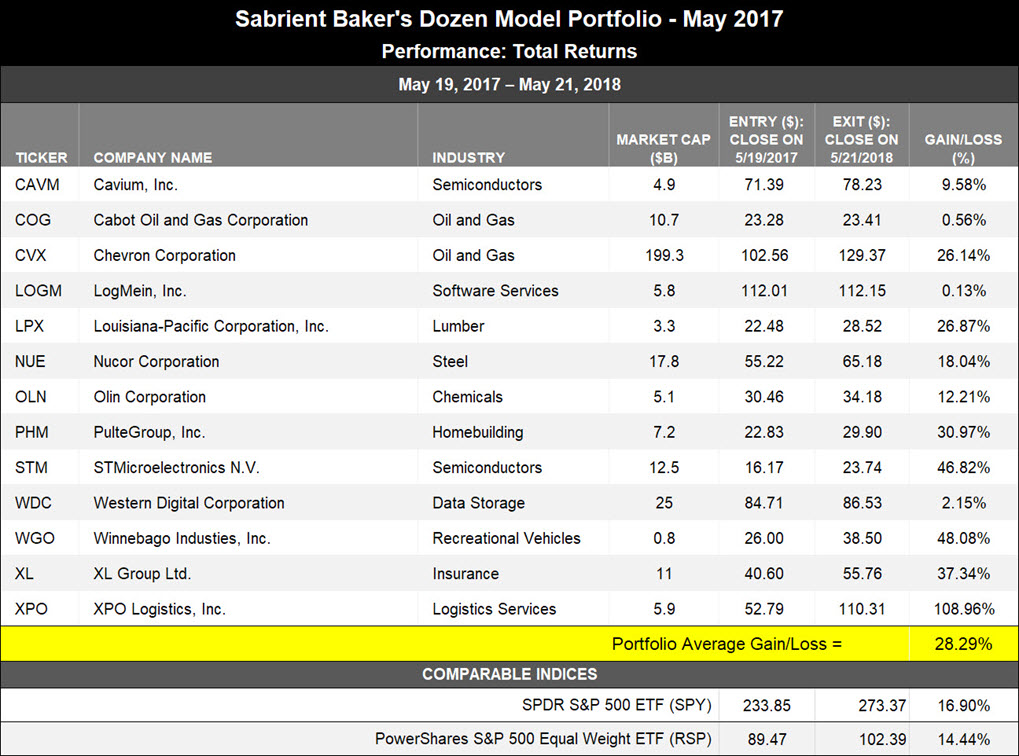 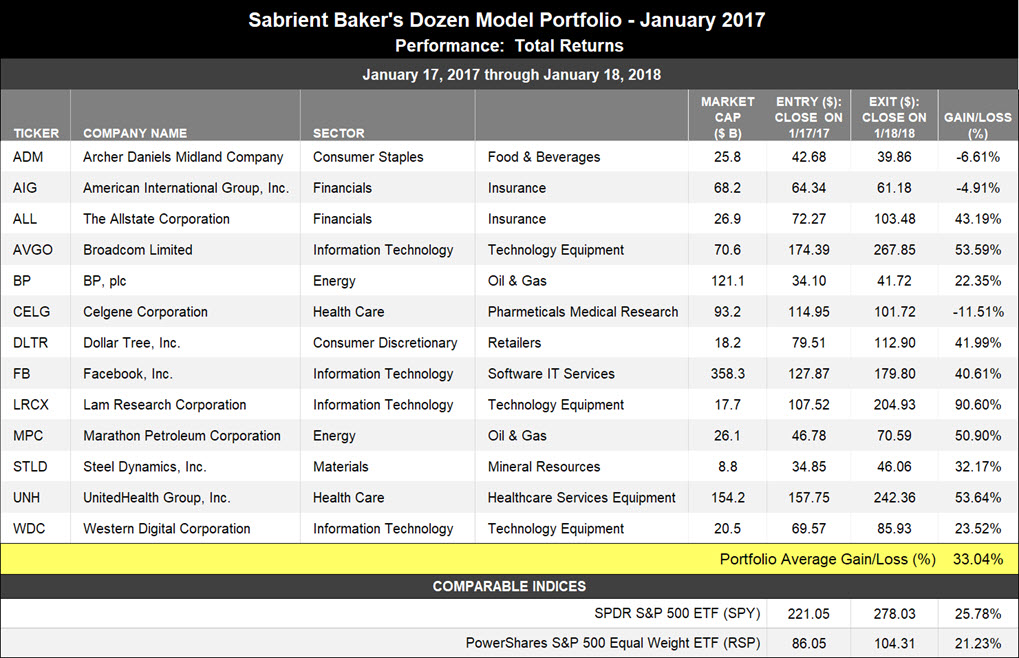